Your adventure begins in amazing Buenos Aires, the capital of Argentina where you’ll meet the other conference participants, presenters and Amaco staff who will be escorting the tour. For those with a little extra time we recommend the 5 day Pre Conference Buenos Aires extension which includes New Year’s Eve in Buenos Aires as well a range of tours and activities.A flight south will have you at the southernmost tip of South America. Located on the Tierra del Fuego archipelago, Ushuaia is the departure point for most Antarctic cruises and has resulted in this small town being nicknamed the “End of the World”. We’ve arrange an afternoon tour of the local national park which will provide you with an opportunity to see beautiful waterfalls, glaciers and mountains. You’ll board the luxurious expedition cruise ship Le Soléal late in the afternoon for our 10 night cruise.Departing Ushuaia there is only one way to and from Antarctica and that is across Drake Passage. Dreaded by tourists, researchers and hardened seafarers alike, it is situated at the latitude of the infamous Furious Fifties winds, between Cape Horn and the South Shetland Islands. With nothing but sea around us, we’ll use our time crossing Drake Passage to run a number of conference sessions.Our first stop is Neko Harbour – without doubt one of the most beautiful sites on the Antarctic Peninsula. Mountains, ice and wildlife combine to form a truly unique landscape. Animals are as abundant as they are exotic. You’ll encounter seabirds (gulls, Cape petrels, cormorants) and marine mammals (seals, orcas and other whale species). Then it’s onto Paradise Bay – home to spectacular landscapes composed of towering glacial peaks plunging down into the icy waters of the Antarctic. With some luck, you’ll be privy to an unforgettable underwater dance between passing humpback whales.Wake the next morning at Pleneau Island, a refuge for gentoo penguins, elephant seals and fur seals. A ‘fleet’ of imposing ice formations sit like anchored ships along its shores. Like works of art, these unusually-sculpted icebergs range in colour from white to blue and every shade in between. Its then onto Port Charcot, located Salpêtrière Bay. A guided walk through the snow will have you at the remains of a stone cabin where early explorers conducted studies on magnetism. From the nearby summit you can enjoy unobstructed views of the vast field of icebergs scattered over the bay like white tombstones – an eerie, mystical site like no other.Next stop is Port Lockroy which has served over the years as a stopover for whaling ships, a British military base and later a research station. The port is currently one of the most visited sites in the Antarctic thanks to its tiny museum which allows visitors to experience the base as it was in the 1950s and to take home a souvenir from its gift shop. While you’re there, don’t miss the chance to send your loved ones a post card from the southernmost post office in the world!Situated just above the northern tip of the Antarctic Peninsula, our next stop – Deception Island – is easily recognisable thanks to its distinctive horseshoe shape. The crater of this former volcano caved in 10,000 years ago and the resulting caldera was flooded, creating a natural harbour. Deception Island still bears traces of its past as a long time hub of the whaling industry.Our final full day on the Antarctic Peninsula will be spent amidst the eerie stillness of the Weddell Sea – a veritable labyrinth of majestic table icebergs. Sweeping ice platforms sculpt a landscape unlike any other, populated by fur seals, penguins, wandering albatross and other imposing seabirds. The cruise concludes back in Ushuaia with us having again crossed the Drake Passage and returned to South America.Our Antarctic cruise promises to be an experience most people only dream about… in a destination that very few get to truly experience. We’ve planned the itinerary so that you’ll be able to seamlessly integrate the accredited medical education delivered by our presenters with the daily excursions offered by the ship and the briefings and lectures provided by the on board naturalists. Our plan will ensure that you don’t miss a thing! 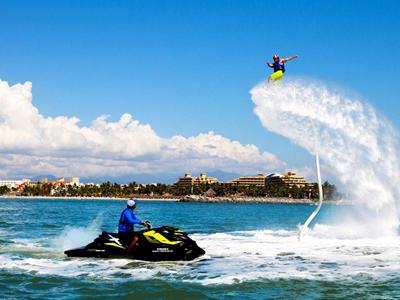