Singapore may be the place for business trips, shopping and modern entertainment, but there are certain ceremonial and traditional festivals, such as the Dragon Boat Festival, that should not be missed.

Dragon Boat Festival represents the culture of the people and the Chinese influence over Singapore’s past. As over seventy percent of the population in Singapore is Chinese, it is small wonder then that most Chinese festivals are celebrated with much fervour in this country.

Regarded as a water sport that needs great strength, practice and team coordination, the Dragon Boat Festival signifies the abundance of Chinese influences rooting back to the ancient history of Singapore. At the time of the reign of the Chinese kingdom, Chu, the great poet Qu Yuan, who was also the Minister of the State, reportedly threw himself into the Mei Lo River when he saw his state going down in the mires of corruption. In his memory, the boat race festival is held. As the tales go, the boat men rowed desperately to save him from the flesh eating fish, but they could not reach him on time.

Today, the rowing of the dragon boats is a happier act to witness for which visitors come from the world over. In Singapore, the races take part in July at the Bedok Reservoir, the Kallang River and Gardens by the Bay Marina Channel. Visitors who witness the traditional boat racing festival will also see the people throwing rice dumplings wrapped in banana leaves or silk into the water, an act to appease the river gods.

The Dragon boat races are participated by several dragon boat racing clubs that are located in Singapore. There are several online forums where the boat racers can register to participate in this annual festival and race.

The sight of the beautifully adorned boats and the energy of the racers is infectious. Crowds throng the sides of the river to cheer the teams creating a carnival like atmosphere throughout the entire event. 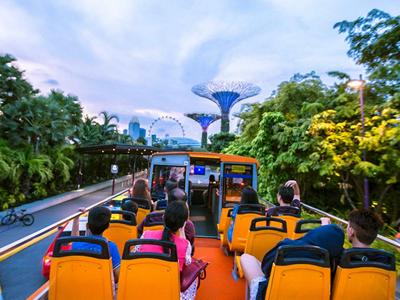