A dynamic 21st century museum, Etihad Museum is focused on inspiring its visitors with the story of the founding of the UAE. The 25,000 m2 landmark is befittingly located at the very place where the UAE was founded in 1971. Through a unique visitor journey, the various pavilions house experience-driven exhibitions, interactive programmes and education initiatives that explore the chronology of events that culminated in the unification of the Emirates in 1971, with a key emphasis on the period between 1968 and 1974. The programmes also aim to educate visitors about the nation’s constitution, in particular - the rights, privileges and responsibilities that it bestows upon the people of the UAE.

Dubai is known for always looking towards the future, but Etihad Museum gives visitors a deeper look into the UAE’s past. Opened on January 7, 2017, the museum chronicles the era before the country’s founding, the agreement signing and subsequent declaration of the Union in 1971. The museum also provides insight and understanding of the UAE constitution and the rights and responsibilities of Emirati citizens.

The building design was inspired by the shape of a manuscript, with seven columns symbolizing the pens used to sign the Union agreement. As part of the museum initiative, the original Union House where leaders signed the treaty establishing the country was restored, and the famous flagpole at the end of 2nd of December Street was replaced with a slightly taller 123m pole. The museum complex covers 2.5 hectares.

Finally, external and internal parking spaces have been provided to facilitate visits to the Museum.


Other events in Dubai 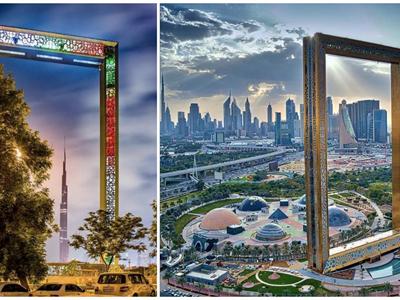